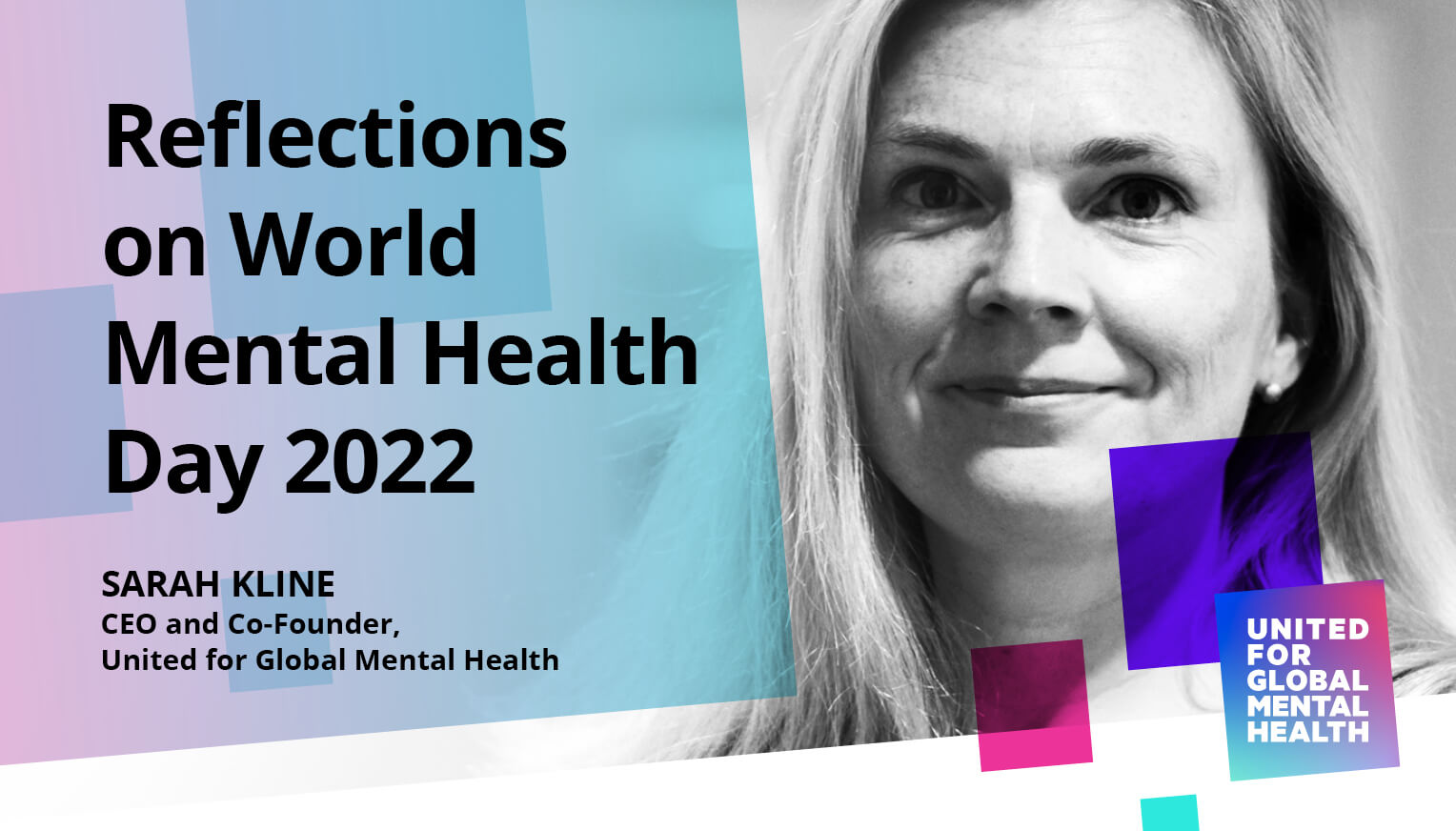 The breadth of activities demonstrated the true diversity of the mental health community and we are grateful to be part of this movement, working alongside so many friends and partners to achieve better mental health for all.

Groundbreaking research launched on stigma and discrimination in mental health

Here at United for Global Mental Health, our main focus for this year’s World Mental Health Day was the launch of The Lancet Commission’s report on Ending Stigma and Discrimination in Mental Health.

It was an honour for me to be a member of this groundbreaking Commission, and for all the team at UnitedGMH to support the Commission as a project that puts the voices of people with lived experience at the heart of its report and its recommendations.

We were delighted to help organise a hugely successful launch event hosted by WHO, along with the report authors, Richard Horton, Editor-in-Chief of the Lancet, and representatives of UNICEF, civil society organisations from Africa, Asia and Latin America and leading professional bodies.

For those of you who missed The Lancet Commission report launch, a recording of this event is available.

We launched our new Media Manifesto

The Commission’s findings confirmed the crucial role that people with lived experience can play as agents for change, as well highlighting the powerful role played by the media in both increasing and decreasing stigma and discrimination.

A new ‘Media Manifesto to End Stigma and Discrimination in Mental Health’ has been developed based on The Lancet Commission recommendations and existing media guidelines which journalists are being asked to pledge to. These conversations with the media will continue to deepen the engagement and help drive change.

The report made recommendations on the actions required by different stakeholders to tackle this issue, and we are pleased to see that many organisations have already started to take these forward.

A truly global effort – from United partners and GMHAN members

Meanwhile, the Pan American Health Organisation launched a new anti-stigma campaign across the Americas that will help put the recommendations of the Commission into practice. UNICEF launched a new chat-bot function on its U-Report channel aimed at helping young people to build self-acceptance and talk about mental health in a non-stigmatising way.

Disney and ESPN launched a new campaign, “The Choose Kindness Project,” for parents and other caring adults who are struggling to support young people, who face exclusion and bullying in the midst of a youth mental health crisis.

The launch of the new mental health at work guidelines by the World Health Organization and ILO covering organisational, manager and worker training, and employment took place a few weeks ago with support from UnitedGMH.

For World Mental Health Day our partners at the Global Collaboration for Better Workplace Mental Health, organised activities to highlight what businesses around the world are doing to improve practice and tackle stigma and what more needs to be done. 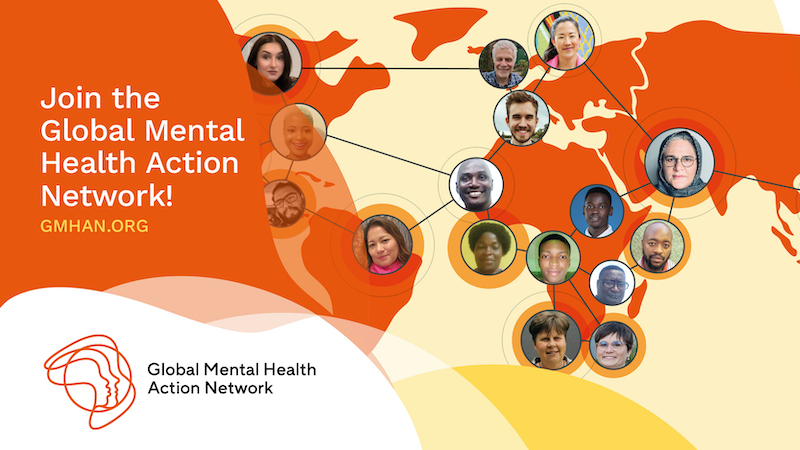 Likewise, we saw PR-YAKKUM take on the Guinness World Record for the largest mental health campaign ever, bringing together religious communities and organisations in Indonesia in the process. These and many other GMHAN members gave a platform to those who are too often voiceless, and held events and activities in capital cities and rural areas around the world. You can read more here.

Collective voices across the globe

What World Mental Health Day, and the activities surrounding it, represented was the strength of support for mental health and the work of a diverse community to champion action. It is a diversity that cannot be sufficiently captured in one day, and certainly not one blog.

But in raising our collective voices to demand action, with a spirit of inclusivity, open mindedness and pragmatism, this year’s World Mental Health Day set out a positive agenda that we can all work to help sustain year round. 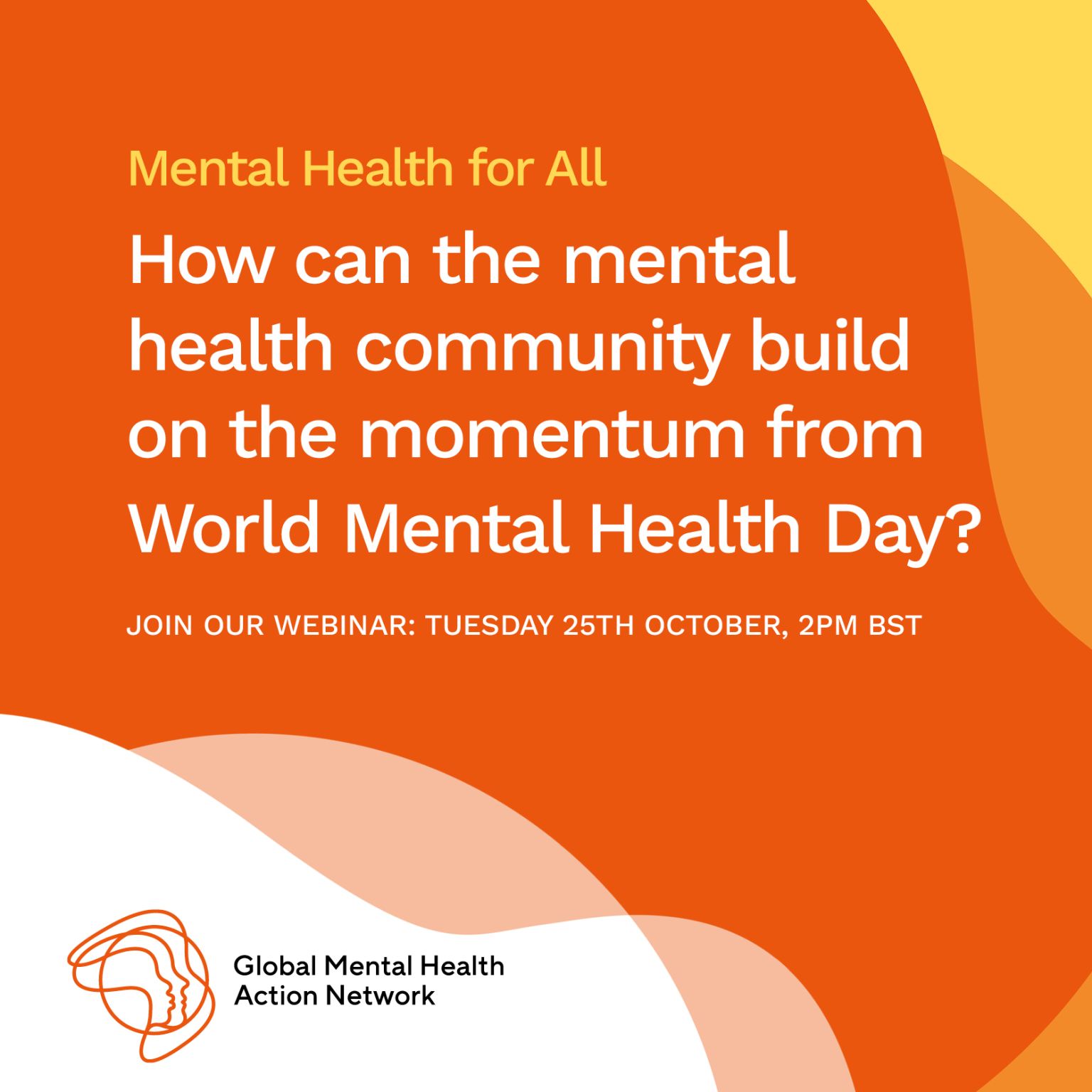 To get involved, join the Global Mental Health Action Network and join us on October 25th

We will hear from our partners – including several featured in this blog – on what they did for World Mental Health Day and what they are planning next.